Home > BlogWhat do they mean when they talk about sanding tapes with stearate? 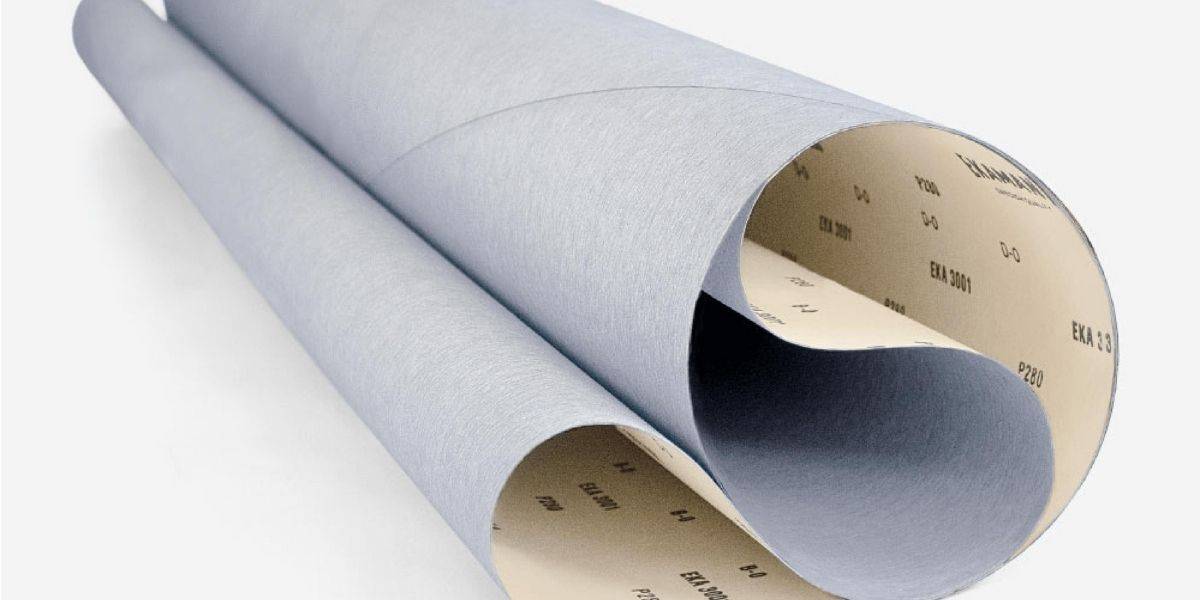 What do they mean when they talk about sanding tapes with stearate?

Stearate is a chemical ingredient, in the form of a white powder, that is used as a dry lubricant. This zinc or calcium powder is applied, diluted in water as a soapy liquid, on some abrasive papers, thus providing a special coating layer with non-stick effects.

During dry sanding operations, dust is generated and particles are released, which in many cases adhere and obstruct the space between the abrasive grains.

This clogging by dust accumulation becomes more evident as, due to the friction between the abrasive belt and the treated surface, heat is generated. The increase in temperature makes the detached dust particles sticky, especially in soft materials such as paint, lacquer, resin woods and thermoplastic materials.

The main advantage is that stearate considerably reduces the clogging of abrasives. At the same time, a better overall finish of the sanded surface is achieved by reducing the temperature in the friction-contact zone. Also, the final finish is more regular throughout the life of the abrasive belt whose wear will be more uniform throughout the sanding operation.

In addition to these important advantages, reducing the heat generated has other positive effects by reducing the amount of static charge produced as a result of friction.

This situation means that the dust, generated during sanding, is less electrostatically charged, being looser and easier to remove by the suction systems of the machine. The less dust that accumulates between the abrasive grains, the less likely there are uneven finishes and scratches to appear on the surface. 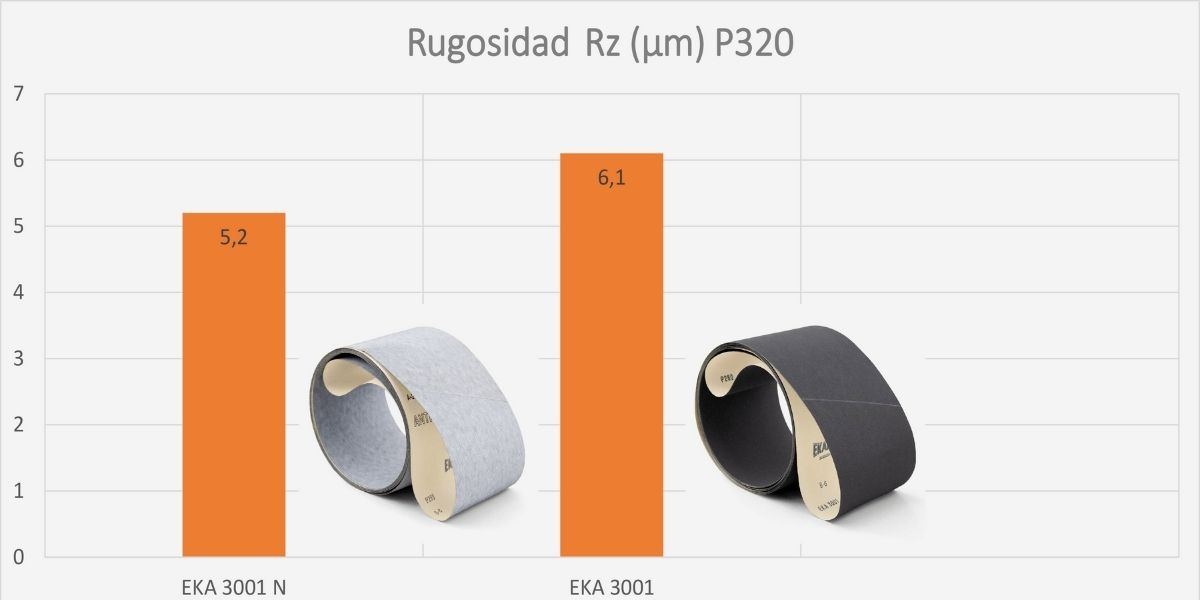 Considerations to keep in mind when using stearate abrasive belts

On some occasions, the use of abrasive belts with stearate can be counterproductive if the temperature of the piece, before sanding, is very high. For example, in the coating lines, if the distance between the UV curing lamps and the plane sander is very short, the part will go too hot and the excess heat could melt the stearate layer present on the abrasive belt. In this way, the lubricating effect would disappear and the sanding belt would quickly become clogged.

We must bear in mind that the granulometry of abrasive papers with stearate has a less aggressive behavior than that same granulometry without stearate.

Another aspect that we must consider in abrasive belts with stearate is that their handling must be more careful because the stearate layer is very sensitive and bad handling would cause folds and wrinkles on the face of the abrasive.

In wet sanding operations, we should never use abrasive belts with stearate, as the water will dissolve the stearate present on the surface of the abrasive belt.

Finally, in manual sanding operations before varnishing with water-based varnishes (both by hand and with a portable sander), we must clean the sanded surface well and avoid traces of stearate remaining on the piece that could create problems during subsequent varnishing. 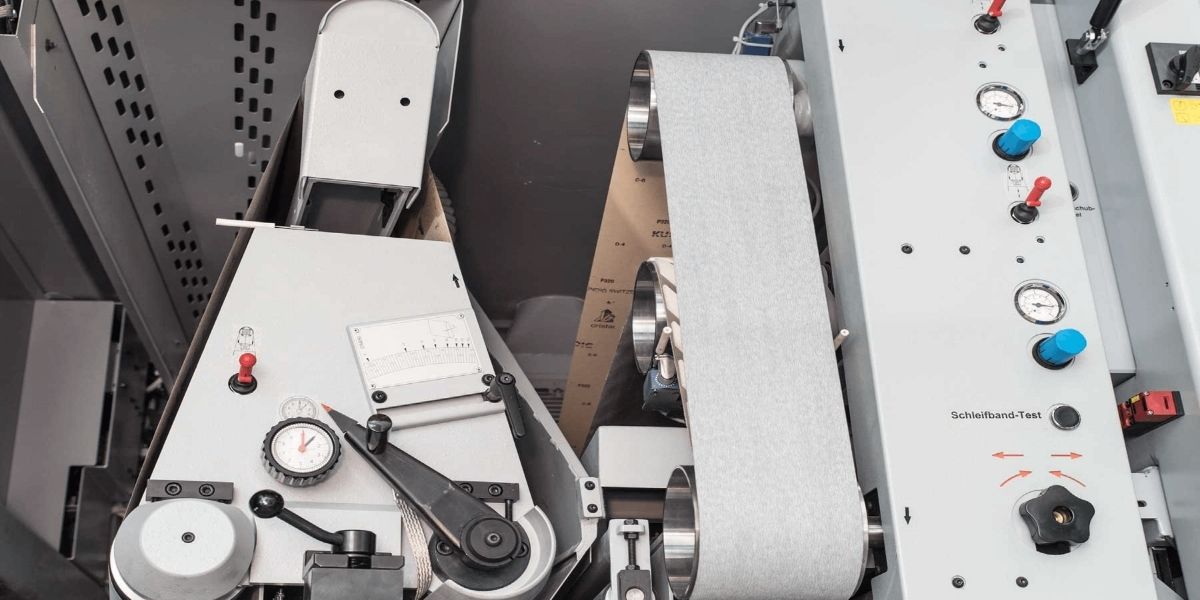 In general, abrasive belts with stearate are recommended for fine sanding and final finishing work in a plane sanding machine, on polyurethane, nitrocellulosic and water-based varnishes. They are also used for sanding thermoplastic and melamine materials, as well as materials that quickly dull such as aluminum.

During sanding work with stearate belts, it is necessary to use the minimum possible sanding pressure and abrasive belt speeds between 4 and 7 meters per second (recommended values ​​for a piece advance speed between 10-12 m / min)

For coarse-medium sanding with high sanding, pressure stearate does not provide any advantage because it wears out very quickly.

The Swedish brand Ekamant, a specialist manufacturer for the wood and varnishing industries for more than 90 years; has a wide range of stearate abrasive papers that, in combination with the antistatic properties of its high-end abrasives, are the ideal solution for sanding varnished surfaces with abrasive paper belts.

At Abracom, we have been importing, manufacturing and distributing Ekamant brand abrasives for more than 35 years, being the benchmark abrasive belt transformation industry for the Spanish market.

Consult with our technical advisors and we will help you solve your sanding problems.

Request your quote with no obligation, now.
REQUEST QUOTE